Switch to the dark mode that's kinder on your eyes at night time.

Switch to the light mode that's kinder on your eyes at day time.

Before technology took over, people had loads of time on their schedules. For many generations, knitting and crocheting have been everyone’s favorite pastimes. We’re sure you’ve heard stories from your grandparents or have watched them knit or crochet sweaters and hats for their grandchildren.

Both these techniques include great skill and practice, so you need time to learn them. If you’re all pumped up to learn crocheting and knitting, we’re here to help you out with the similarities and differences so you can decide which one is more suitable for you. Let’s not keep you waiting.

Knitting is a unique method of making fabric with the use of knitting needles to interlock wool or yarn loops. Alternatively, knitting can also be done with machines. In knitting, multiple yarn loops are made in the form of a tube or line called stitches. The method makes use of two same-sized pointed needles; one makes the next rows while the other holds the previous ones. Looms, double-pointed needles, and machines are also used for knitting. The resulting fabrics are thinner and look like a braid bunch or interlocking V’s. 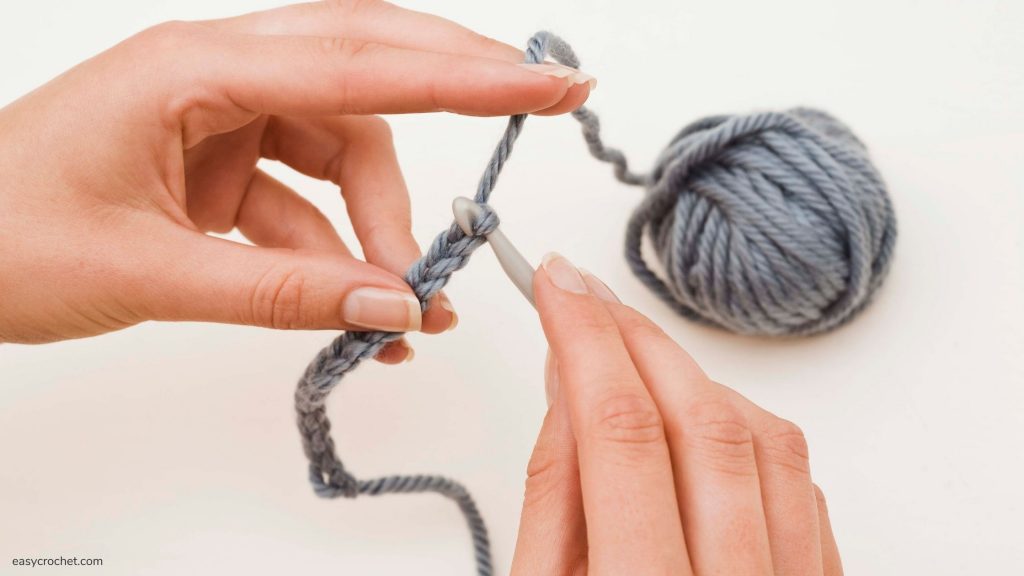 Crochet is another type of handicraft used to make fabric with a crochet hook. In this method, you use a crochet hook and insert it into a stitch, looping around the yarn several times, hence the crochet stitches are known as user posts. Crocheting is like tying loosely some knots, one over another. Before moving on, you need to complete each of the previous stitches. The resulting fabric is thicker as compared to knitting.

If you’ve worn crocheted or knitted scarves or sweaters, you must have looked at the difference in their styles. While the differences are apparent, some things that are common between the two techniques. Here are some of the similarities.

Crochet vs Knit: The Differences

While there are similarities between both methods, they are not exactly the same. Several differences set both techniques apart from one another. Let’s have a look at these differences. 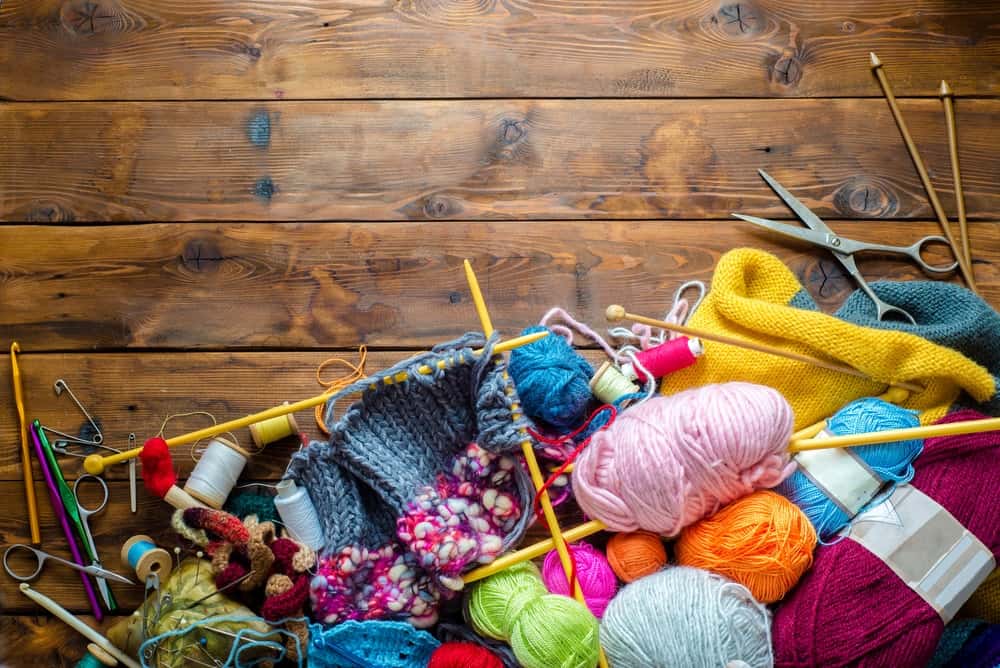 When it comes to yarn, you are given endless options. Yet, not all yarns are the same. Some are suited better for knitting while others are for crocheting. While crocheters often use thread to crochet, knitters make use of very chunky yarn. Not that this can’t be used for crocheting but in most cases, the thread is used. 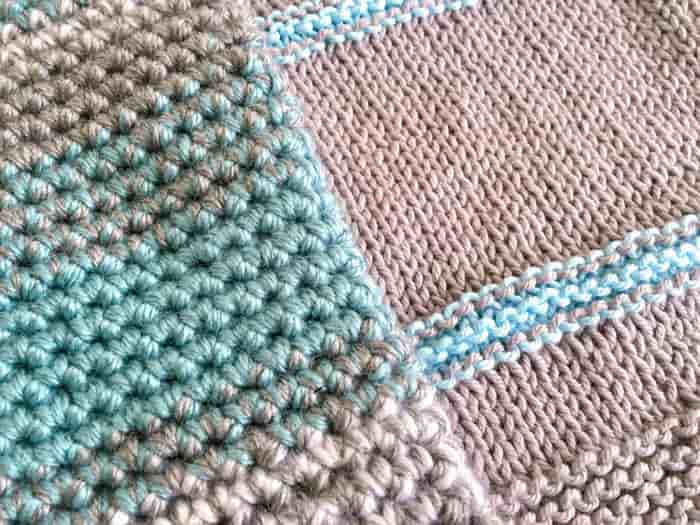 When it comes to knitted and crochet fabric, there are evident differences in the structures and stitches because a different method of yarn looping is used in each one. Knitting requires multiple active yarn loops on your needles. Every stitch is supported by one below. Since all the stitches are interlinked, dropping one stitch might open the rest too.

With crochet, you only have one active yarn loop where the focus stays. It is this one active loop that holds everything together and prevents it from falling apart. 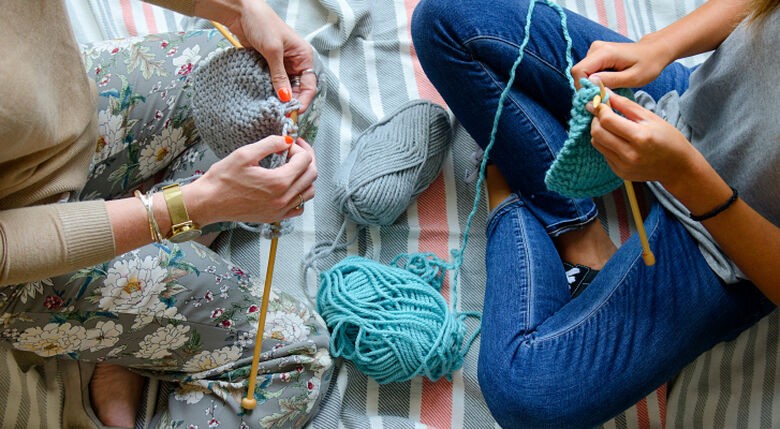 For the most part, the projects for which knitting and crocheting are used are also very different. Knitting gives the finished fabric more drape and a better fit, which is why it is used for garments. The crochet technique gives a stiffer, more delicate look which is more suitable for table runners, blankets, and other decorative decors in homes. Yet, some projects can be made using both techniques; knitting and crocheting. Socks, for example, can be designed using both techniques.

Knitting or Crocheting; Which is Easier?

Well, when you ask about which one is easier, we won’t have a definite answer. Someone who starts with knitting may find crochet easier and it can be the other way around as well. For a beginner, both techniques are a little hard at the start, but once you learn the basics, you can easily go ahead. Some people have trouble using two needles together for knitting as this can give hand cramps. Crochet, though with a single hook, isn’t itself very easy. Both methods require effort and practice. So the simple answer: it all depends on you. Like any craft, it may be hard at the start, but once you get the hang of it, everything will become easy.

Crochet and knitting are both very common and interesting techniques used to make different household items and clothing like sweaters, hats, blankets, home decor items, and much more. While there tend to be some similarities between both methods, they aren’t exactly the same. The differences between the methods are very apparent and we’ve covered all of the above. Which one should you learn and which is easier? Like any other craft, learning knitting and crocheting can be hard at the start. The key is to keep going and keep practicing. Nothing to worry about. If you’re motivated enough, just keep going and you’ll learn it in no time! You can choose whichever best matches your taste; crochet or knitting!

Add some lemon in warm water every morning to enjoy better skin and health. It also helps in weight loss and detoxification.

Back to Top
Close
close

Your password reset link appears to be invalid or expired.

To use social login you have to agree with the storage and handling of your data by this website. %privacy_policy%